You’ve probably seen it happen. You’re driving your car and you come to a stop at the traffic lights. You’re mindful of traffic infringement fines and public safety, then someone on a bike rides past you, unconcerned, straight through the red lights.

Riding through red lights is arguably the most hated cyclist behaviour – but why does it happen? Are cyclists just recalcitrant law breakers? Is the answer to fine every cyclist who rides through every red light? Or is there a bigger picture?

We conducted a national survey – the results of which were published in Accident Analysis and Prevention earlier this year – in which 2,061 cyclists were asked the following question:

When you are riding do you stop at red lights?

The majority (63%) said yes, while over a third (37%) said they had ridden through a red light at some time when they were riding.

What follows are the main reasons given by those who had ridden through a red light.

END_OF_DOCUMENT_TOKEN_TO_BE_REPLACED

From www.engadget.com – Lets hope this service comes to NZ soon, but it’s probably more useful while cycling in a foreign land anyway!

Google’s cycling directions have been slowly expanding their reach to the mobile world and other countries, but the only option for navigation so far has been to memorize the route. As of today, you won’t have to stop every five minutes to get your bearings. Google Maps for Android has received a low-key update that adds spoken, turn-by-turn Google Maps Navigation for riders in every country where biking directions exist — if you can clamp your phone to your handlebars, you can find your way.

END_OF_DOCUMENT_TOKEN_TO_BE_REPLACED

This is what it takes the @lotto_belisol train to get @andregreipel up for the win. @trainingpeaks

While not quite the fastest commercially available e-bike in the world as some have suggested (as far as we can tell, that claim belongs to a DIY kit out of Taiwan by a company called Cyclone), the Specialized Turbo is still a speedy little beast. In fact, it’s fast enough to find itself on the wrong side of the law…

END_OF_DOCUMENT_TOKEN_TO_BE_REPLACED

Well, a Girl Potato and Boy Potato had eyes for each other, and
finally they got married, and had a little sweet potato, which they
called ‘Yam’.
Of course, they wanted the best for Yam.
When it was time, they told her about the facts of life. They warned
her about going out and getting half-baked, so she wouldn’t get
accidentally mashed, and get a bad name for herself like ‘Hot Potato’.

END_OF_DOCUMENT_TOKEN_TO_BE_REPLACED 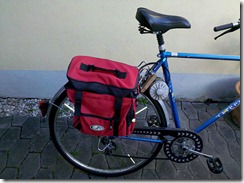 Do all dead washing machines go to meet that lonely Maytag F&P repairman in the sky? Nope, some of’em get their guts repurposed for use in hipster transportation, otherwise known as bicycles. At least that’s what one fed up, frugal Munich denizen did to avoid that German’s city costly PT fees.